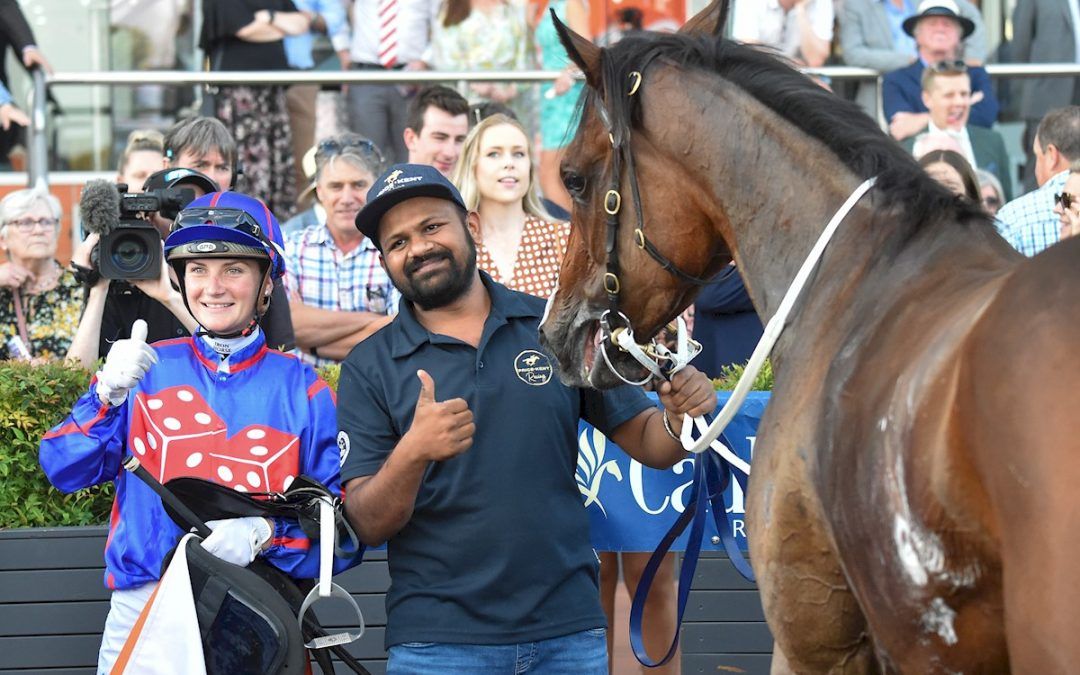 Ayrton has claimed the Group 3 Victoria Handicap (1400m) at Caulfield on Saturday with sizzling first-up win under a perfect steer from Jamie Kah.

The four-year-old was having his first run since last September for trainers Mick Price and Michael Kent after a spider bite halted his spring campaign and delayed his start to his 2022 return.

Starting a $2.80 clear favourite with online bookmakers, Ayrton settled up on the pace in fourth behind the leaders.

Kah was able to get the four-year-old Iffraaj gelding a clear run in the straight, going straight past the Shane Nichols-trained leader Streets of Avalon ($13.00) for a 1.25 length win.

Fast finishing Excelida ($81.00) was just a fraction behind in third for Ben and JD Hayes.

Kah said Ayrton had improved in his time away from racing.

“He’s just improved each time I’ve ridden him,” she said.

“From when I first rode him at Bendigo, he felt like a nice horse but didn’t give me any exciting feel but today is probably the best he’s felt and he accelerated.

“He hasn’t just run along in front and kicked away, he’s had to stop and go again and if they can keep him ticking along there’s no doubt in my mind that in his races he’ll be really competitive.”

Kah said she was conscious of giving Ayrton the easiest time possible.

“I was mindful that he was probably coming into it a bit underdone, but he was the class horse in the race and I wasn’t going to do anything silly on him like push forward or try and get out and get going early,” she said.

“I wanted to wait and give him the cosiest run I could and everything turned out perfectly for him.”

Price paid tribute to his partner Shona for handing out loads of ‘TLC’ to the horse in his break.

“If that suits him while we’re training him, that’ll be the program. If it doesn’t, we’ll change.”