Daisies Weaves Through To Win The Group 3 Alexandra Stakes 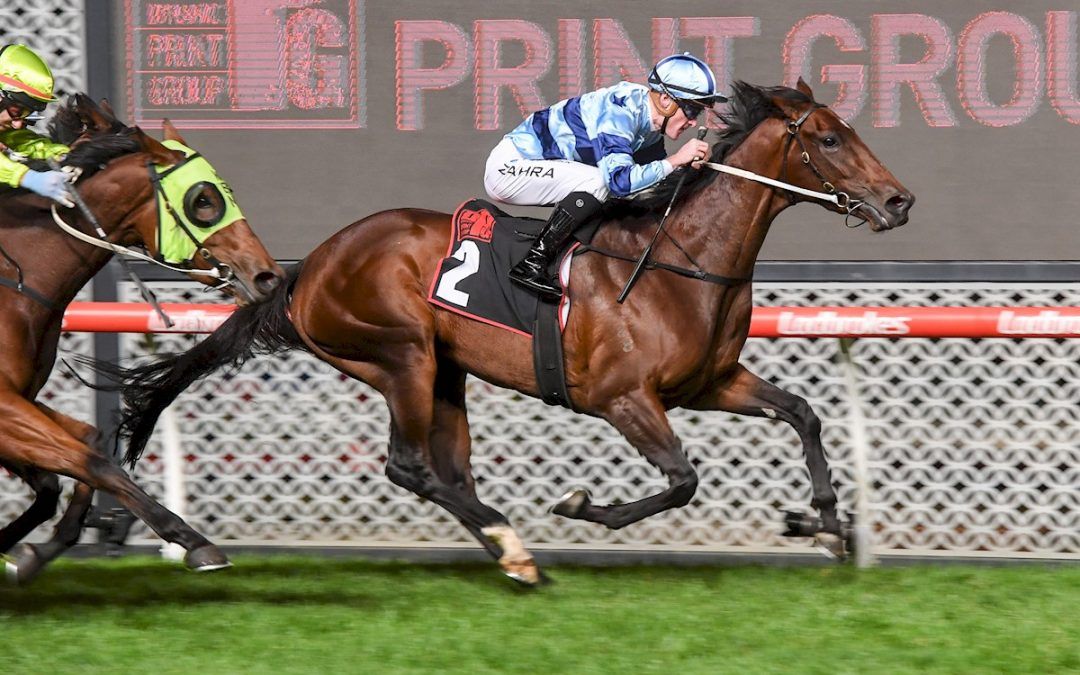 Mark Zahra rounded out a successful evening with one of the rides of the night aboard Daisies in the Group 3 Alexandra Stakes (1600m) at Moonee Valley.

The Mick Price & Michael Kent Jnr-trained three-year-old filly started a drifting $8.50 chance in the 3YO Fillies’ event, with punters getting the race wrong as the heavily-backed So You See dropped off to run sixth after a wide run in transit.

Daisies, who was one of the main market fancies in last year’s VRC Oaks, ran an eye-catching fourth when first-up behind Fortunate Kiss at Flemington on March 12, so the victory tonight was not too much of a shock to the fillies’ co-trainer, Mick Price.

“Well, she’s set for the Australasian Oaks at Morphettville,” he said.

“She hasn’t been over-raced, been looked after, and you know what, I was quite concerned about her getting around Moonee Valley – she’s a big leggy (filly) – she’d be 16.2, 16.3 (hands high) and I thought the mile fitted in with where we wanted to go, so as I said, tonight’s just a bonus win for her.”

Zahra, who rode three winners on the night,

“I didn’t jump that good, but she was able to muster quick,” the winning rider said.

“I was able to just creep, creep, all the way throughout the race without asking her, and I crept all the way to right behind them and it was just a matter of getting a little bit of daylight and I was lucky the Brideoake horse (Quite The Lass) just gave me enough.

“She burst through and won well.”