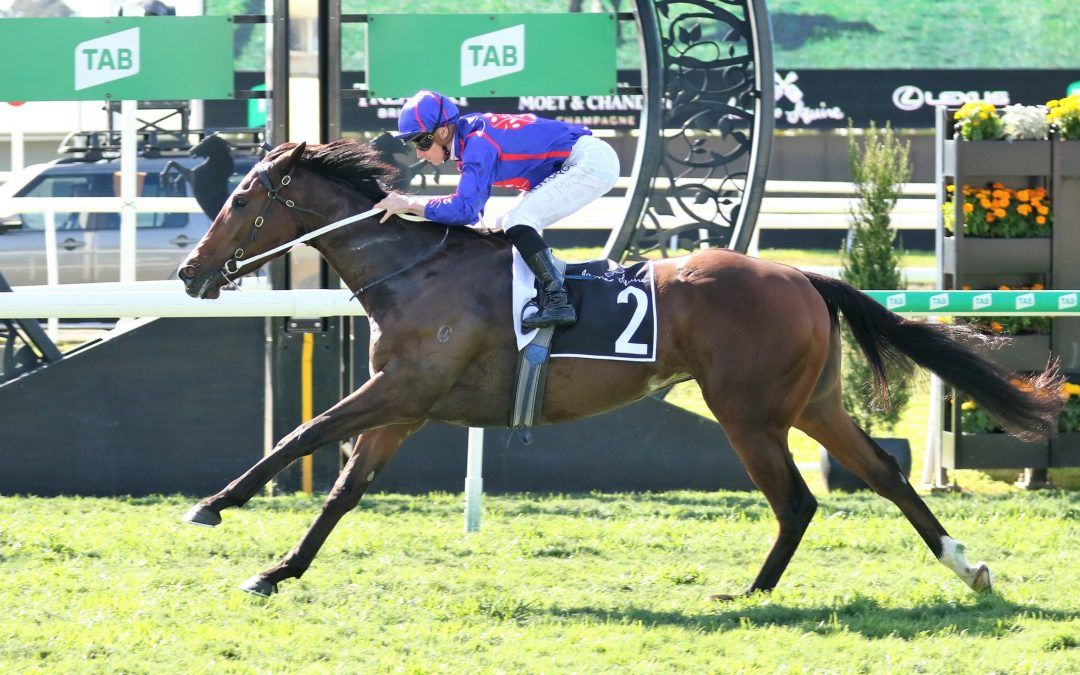 Emerging talent Ayrton (NZ) (Iffraaj) lived up to his stellar reputation with a dominant performance at Eagle Farm on Saturday, earning his first black-type victory in the A$200,000 Group Three James Squire Gunsynd Classic (1600m).

Passed in at Karaka 2019 with a $40,000 reserve, Ayrton has now had five starts for four wins, a second placing and A$330,000 in stakes. Earlier this season, co-trainer Mick Price described him as potentially one of the best horses he’s had through his Caulfield stable.

Ayrton began his career with a bang, scoring spectacular victories in all of his first three starts in Victoria on December 13, December 26 and May 8.

He then travelled up to Queensland last month, where he had his first attempt at stakes level and had to settle for second in the Group Three Fred Best Classic (1400m) after doing things wrong in the running.

It was a different story on Saturday as jockey James McDonald settled in third or fourth spot on the inside, then angled off the rail coming down the side of the track and cruised into contention approaching the home turn.

Ayrton put his rivals to the sword in the straight, charging clear with a quality turn of foot and scoring by two and three-quarter lengths with plenty more up his sleeve.

“He almost has too much pace for his own good,” McDonald said. “Once he harnesses it in the right areas, he is going to be pretty special.

“He’s very good. That performance was second to none. There is a bit to go, he’s not there mentally by all means. He’s got a bit of furnishing to do. He’s so raw – the way he executed that race was very new.

“Whatever he’s doing now is just a bonus. They have a very exciting horse on their hands.”

Price was pleased with Saturday’s performance, which was a satisfying step forward from his surprise last-start defeat.

“The horse is learning, and I was pleased that he looked a bit more professional and ran away with it today,” Price said. “Two weeks ago, we seemed to be waiting forever for him to put his head down and do something.

“Somewhere between a mile and 2000 metres will be his best distance. I’m not sure past that – we’ll find that out. He’s got a good set of lungs, he’s got a good turn of foot for a mile, and in this mile race here, we saw him travel strongly.”

Australian bookmakers have made Ayrton a $6 favourite in early markets for the A$7.5m Golden Eagle (1500m) at Rosehill on October 30.

“I reckon the Golden Eagle would be the best race for him,” Price said. “The best prizemoney for the least resistance. I have put a circle around it, but it is still to be discussed.

“The whole purpose of coming up here – you’re supposed to win, but also it is about the experience of doing these different things. It will be good for him to set him up as a four-year-old.

“It’s time to pack the Ayrton show up now and move on to the next story.”