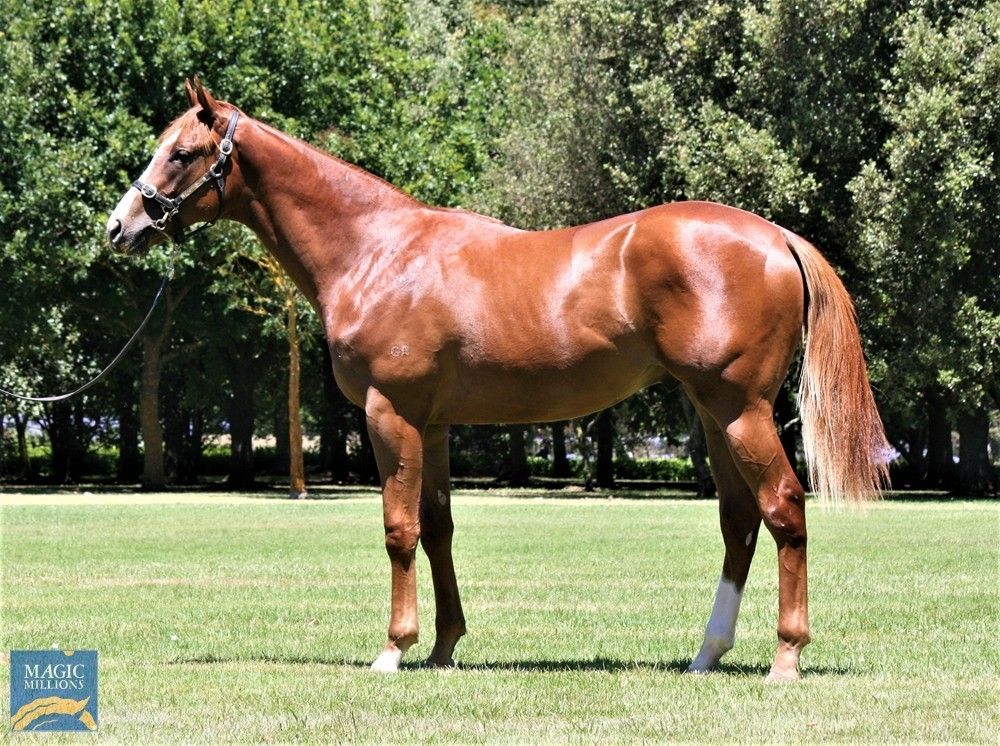 Check out this colt we recently purchased from the Gold Coast Magic Millions sale. Sired by Capitalist, he is bred along the same cross as Profiteer. By Capitalist out of a Snitzel mare, so we know the cross works!

On the track Capitalist was a super star! Amassing over $3.5million in prize money!! As a two-year-old he had 5 starts for 4 wins and a second. His biggest win being the 2016 Golden Slipper, beating Yankee Rose and Flying Artie. In the breeding barn he is continuing his successful career. His oldest crop are now only three-year-olds and include Group One winner Capitivant, Kalashnikov, Profiteer, Tycoon Humma and Marine One to name a few. His progeny have already won over $6.4million and let’s not forget his oldest progeny are just three-year-olds! Of his 121 starters on the track, Capitalist has had 46 individual winners and those winners have won 76 races between them!

Click on the below image to watch the colts parade and hear Mick’s thoughts on the horse..

Out of the dam Sheila’s Star, this mare was trained by Mick, so he has good knowledge of what the family may be like. A Black Type performing mare she has winnings of just under $266k. A speedy mare who excelled at distances of 1000m to 1400m. She is a three quarter sister to Special Diva (who Mick also trained) and a half sister Jacqueline Rogue. She is the dam of two foals to race, one is already a metro winner.

This colt is now at Kolora Lodge where he will have a short spell before beginning his breaking in and education process. He will then spell, pre train, spell, pre train at Kolora and then make his way down to our Cranbourne stables where Mick and Michael will assess him and map out a plan for him. 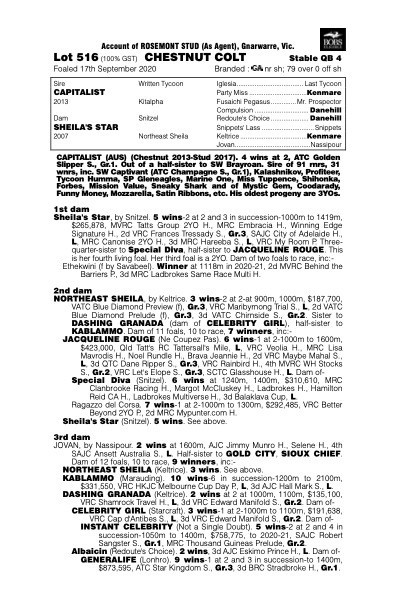