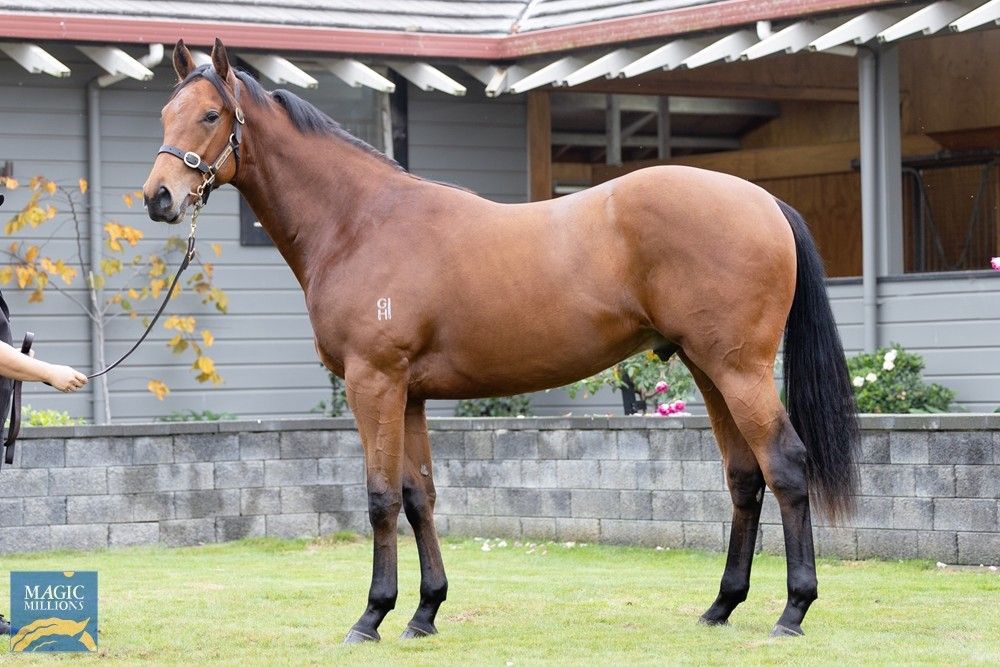 It’s no secret Mick loves a New Zealand bred horse, its also no secret that Tarzino progeny are starting to take off, in particularly Jungle Magnate who Mick and Michael just trained to win the Group One South Australian Derby!

So it should be no surprise we were very eager to secure another colt by Tarzino bred on the same New Zealand farm, Westbury Stud, that bred Jungle Magnate. This colt was purchased for $170k from the recent Magic Millions National Yearling Sale.

Mick trained Tarzino, a Group One winner, he also trained Tarzino’s sire Tavistock. On the track Tarzino amassed prize money of over $1.6million from only 14 starts, including the Group One Victorian Derby.

Only new to the breeding barn, his oldest progeny are 3YO’s. His most successful progeny include as previously mentioned Jungle Magnate, two time Group One placed Gypsy Goddess, and two time winner also trained by Mick Natural Mystic to name a few.

Click on the below to watch him parade and hear Mick’s thoughts on the colt..

Out of the winning sprinting mare Singa Songa, she is a daughter of speed demon General Nediym. She is the dam of Black Type performer Dreamtesta. Singa Songa’s dam is the Group One winner Portland Singa, she won over $1million on the track!

The colt has now been transported to Kolora Lodge where he will be broken in straight away. He will then spell, pre train and then make his way to Cranbourne for Mick and Michael to assess him.

Click on the below video taken on June 10 at Kolora..

This colt was purchased for $170,000. Purchase includes purchase of the horse, pre sale vetting (x-rays and scope), 12 months insurance, post sale scope, transport, breaking in and education, one months agistment and GST. 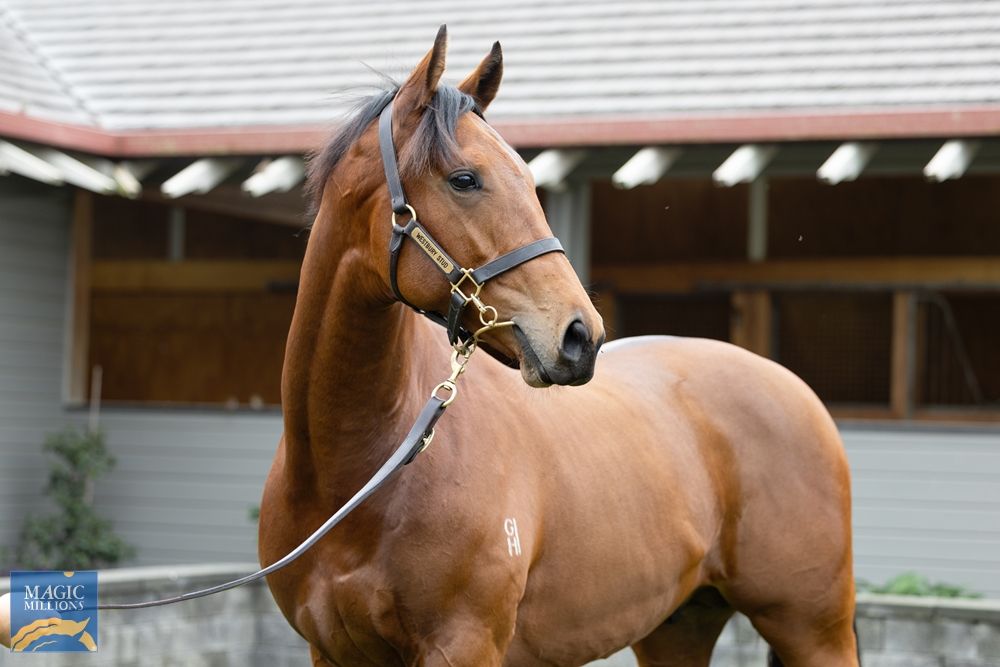 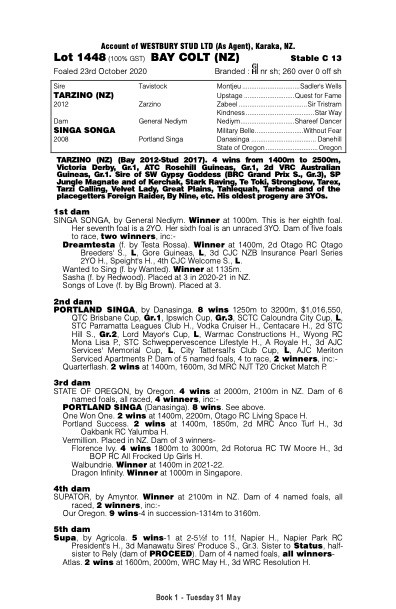