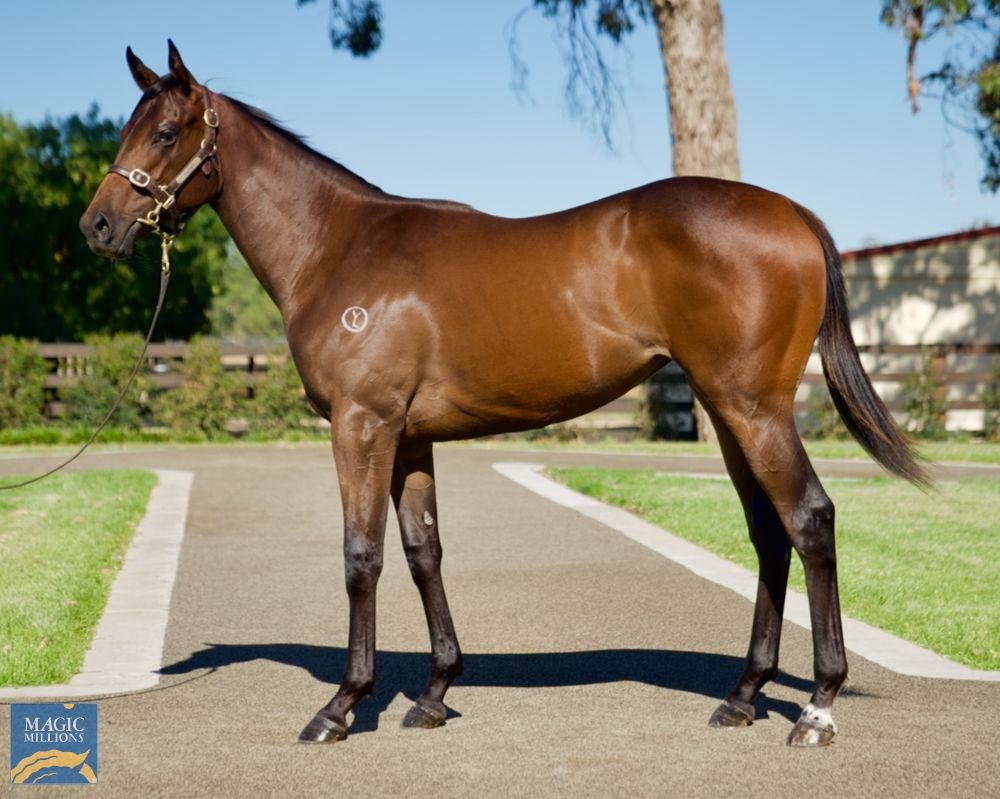 This beautiful athletic filly was purchased from the January Gold Coast Magic Millions for $550,000 with a pedigree to match her looks!

Sired by Zoustar, his progeny has excelled on the racetrack. He was crowned Champion 1st, 2nd and 3rd Season Sire – over $33m in prize money over the last 3 seasons. He has had 45 Stakes performers inc. Group 1 winners Sunlight, Zoutori & Mizzy. This year, Zoustar has had 97 yearlings sell averaging over $435,000, inc. 5 million dollar lots. He stands at a service fee of $198,000.

Out of the dam Bleu Roche, she is a daughter of Fastnet Rock. She was a speed demon and a Black Type winner with over $168k in prize money before her career was cut short due to injury. She is out of Black Type performing mare Esprit de Bleu, wa inner over 1000m – 1200m. This filly is Bleu Roche’s first foal.

This filly has been broken in, spelled, pre trained and has just completed her time at our Cranbourne stables. As of July 1 she is now spelling for 6 weeks.

See her most recent video here from July 1…