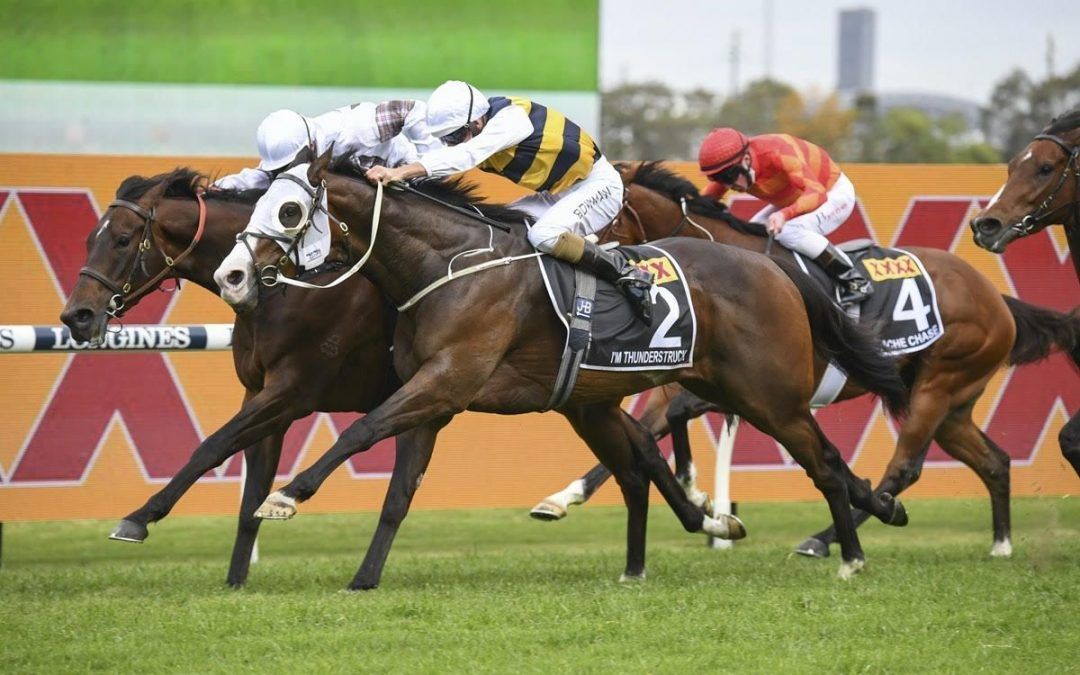 Trained by Mick Price and Michael Kent Jnr, I’m Thunderstruck claimed the Toorak courtesy of a brave ride from Jye McNeil and Hugh Bowman required similar willingness to use I’m Thunderstruck ($3.50 favourite) to shoulder into the clear in winning The Golden Eagle, a race restricted to four-year-olds.

The gelded son of Shocking settled forward of midfield and needed galloping room at the 400-metre mark before shoving into the open and overrunning Count De Rupee ($18) with metres to spare.

Vangelic ($31) finished third, with Apache Chase ($5.50) racing on the pace and battling on bravely for fourth.

“It was just like the Toorak, where he had to fight his way out,” Price said. “I think it’s just coincidental that he’s had to do that again.

“He has good days at trackwork but at his last three starts he’s been punched around the ring.

“He’s very bold. He’s going to the paddock now, he’s been so brave. I don’t know many horses that have had to fight their way like that and get the job done.”

The Chris Waller-trained Kolding was the inaugural winner of The Golden Eagle in 2019 while last year’s race was won by Colette, who is trained by James Cummings and earlier on Saturday won the Group 1 Empire Rose Stakes.