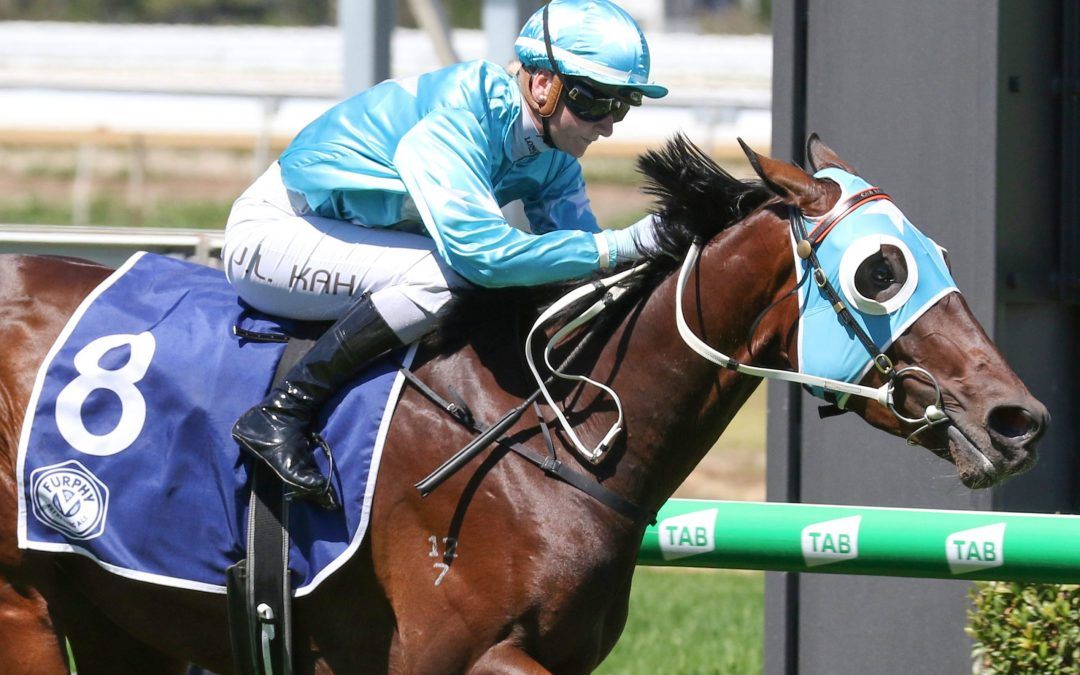 It was International Woman’s day, but in Adelaide it might have a sub-title of Jamie Kah Day as the gun rider made it three wins from the first four races when guiding Night Raid to an impressive victory in the Listed Matrice Stakes.

Up on the speed from the break, Kah bided her time before asking the daughter of Vancouver to show her worth and the Mick Price and Michael Kent (Jnr) trained three-year-old bounded away, taking the shortest way home, to open up a winning lead which she was never going to surrender.

Second Slip, who was bidding for five wins in a row, was closing on Night Raid at the line but ran out of time to be able to reverse the result. His effort was solid though and he lost no supporters in defeat.

“Jamie rode her so well,” said Michael Kent Jnr. “She got the lead very softly. Even though she was head-to-head, the horse relaxed so well in blinkers.

‘We took a slight punt with the blinkers, but it has paid off in a big way.

“She was in perfect order. She is a high-quality filly, and she has now won two stakes races.

“There hasn’t been a real goal for her … although we had the sprinting races in the back of our minds. Her dam (Raid) was a sprinter in New Zealand and was second in a Group 1 … so, after the spring we thought we won’t go to a mile again … we’ll keep her to the sprinting trips.”

“Plan A wasn’t to lead,” said Jamie Kah, “but she jumped out so easily and there was no pressure so, with the light weight on her back I just let her skip along on the turn and she was too good for them.

“She is a really tough mare on her day.”

*If the think the name Night Raid is familiar but can’t place it … think Phar Lap. Night Raid was the sire of the great horse!

The win was Night Raid’s second stakes victory, after saluting in the Listed Atlantic Jewel Stakes at The Valley in September.