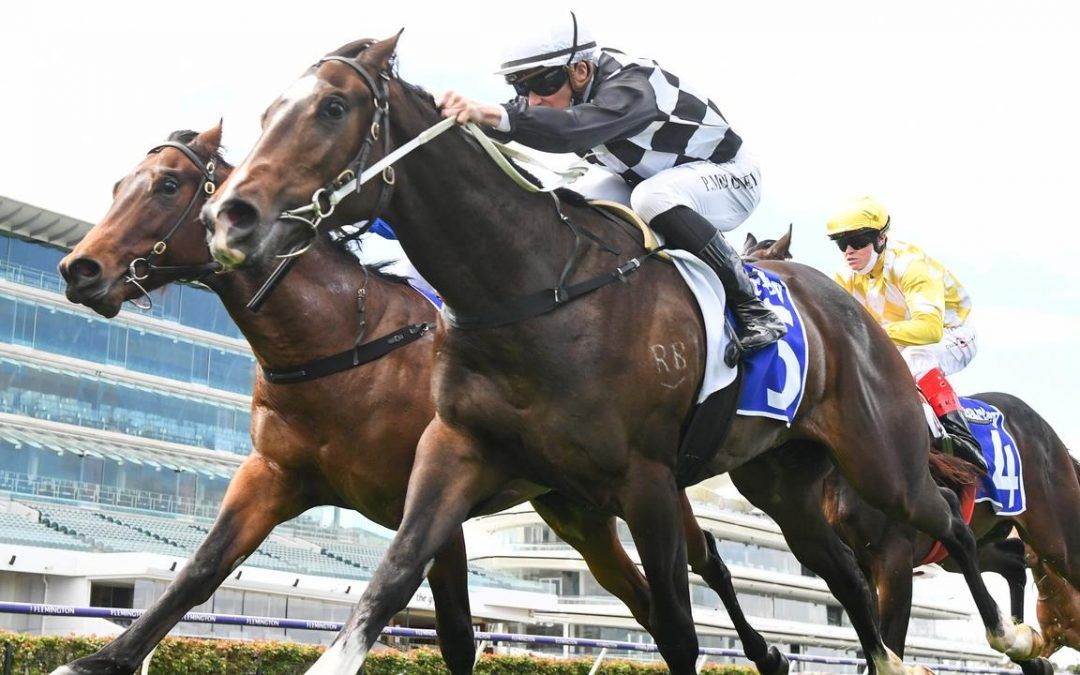 Mick Price and Michael Kent Jnr have opened their two-year-old season in fine style, winning the first race for the babies in Victoria at Flemington on Wednesday.

Cavalla, a daughter of Nicconi, held off fast-finishing favourite Contemporary to score on debut despite her $11 price tag with Sportsbet.

Price said he will contemplate backing up the $130,000 Magic Millions purchase into the Maribyrnong Trial Stakes on October 2.

“The question is what to do with her now, I guess,” Price said.

“I see Mildred won this race (in 2019) and backed up into the Maribyrnong Trial. I’m not saying this one will, but if Grahame (Begg) could do it, then I can have a look at it.”

Price described the filly as ‘workmanlike’ at home.

“She’s just a good, solid, workmanlike two-year-old filly that will train on.”

Ridden by Patrick Moloney, Cavalla found plenty when the pressure came on, holding off a late test from the Godolphin-trained favourite to break her maiden on debut.

“She only had the one jumpout heading into today. She had a good blow after the race, so she’s got natural improvement there,” said Moloney.

“It’s exciting she can come here half a run short and be able to get the job done today.”