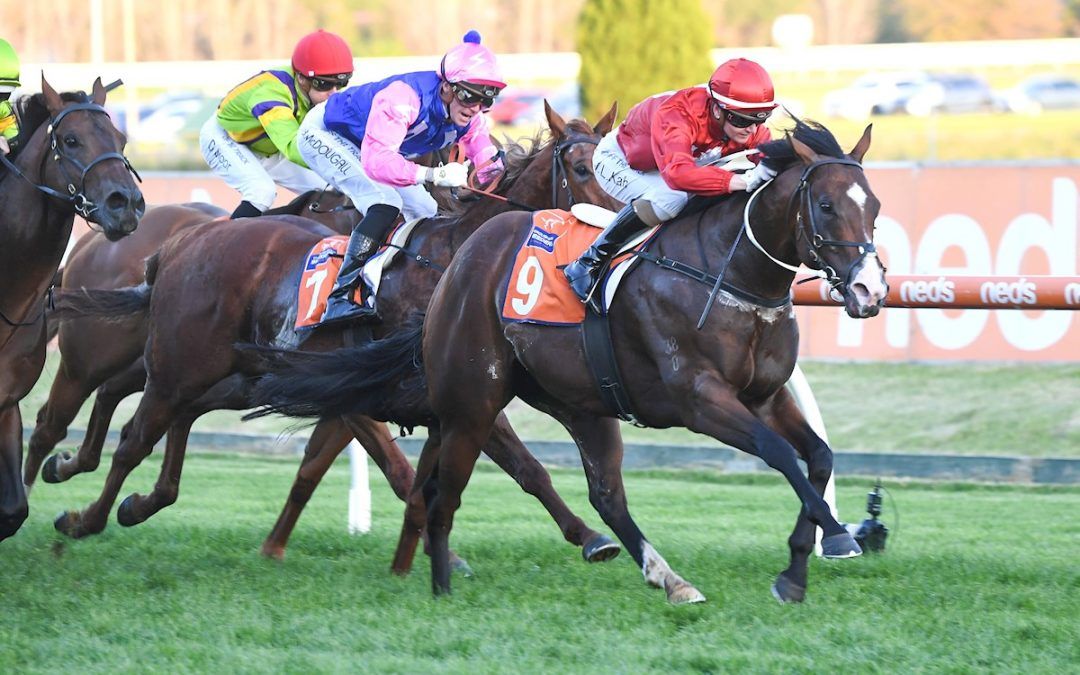 The win provided Jamie Kah with a treble at Caulfield and topped a successful day for owners Rosemont Stud, who also had Bella Vella (Morphettville) and Midwest (Caulfield) salute.

Not sighted since being sent out favourite and finishing 10th in the Coolmore Stud Stakes in the spring, the Mick Price and Michael Kent Jnr-trained colt was heavily supported into $1.80 favourite before sitting outside the leader and holding off It’sourtime and Curran.

“He is what Extreme Choice can throw and there aren’t many of these bulls around.

“He’s obviously been highly sought after and secured by Rosemont and their investors.

“He has got one of these freakish actions, really long stride and he’s a very quick horse.”

Kent suggested Extreme Warrior would have another run before the Goodwood on May 14.

Kah, who piloted the only two favourites to win on Victorian Owners and Breeders Race Day, was impressed after her first sit aboard the colt under race conditions.

“There’s plenty of improvement there, the team has been very kind on him,” Kah said.

“He is probably a trial short … he is a very talented colt.”

The son of Extreme Choice, who sold for $160,000 at the 2020 Magic Millions Gold Coast Yearling Sale, was promoted last week as part of Rosemont Stud’s 2022 stallion roster.

His sire Extreme Choice will stand for $275,000 at Newgate Farm this season.

Extreme Warrior shortened into $5 favourite for The Goodwood with Sportsbet.