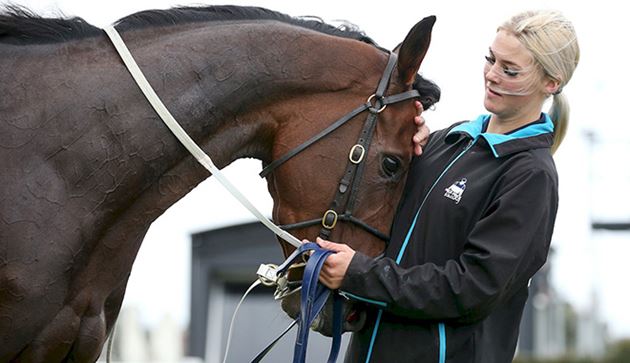 Among the owners of Annavisto is the TCJ Syndicate comprising former Bombers ruckman Tom Bellchambers, former captain Jobe Watson and current goal-kicking star Cale Hooker, who were on course to watch the filly romp clear ahead of Mozzie Monster.

Mozzie Monster is owned by the Wahroonga Syndicate, managed by Richmond Football Club supporter David Digney, who races his horses in the club’s colours of black with the yellow sash.

The pair was expected to fight the race out and although that proved to be the quinella, Annavisto ($2.60 fav) had the race in her keeping a long way out and eventually finished two-and-a-quarter lengths clear of Mozzie Monster ($2.80), who just nosed out third-placed Fatigues ($26).

Bellchambers, who retired as an AFL player last season but remains as a ruck coach with the Bombers, explained he had long had an interest in racing, along with his two former team-mates.

“There are just the three of us, Jobe and Cale and myself (in the syndicate) and this is the only horse we’ve got,” he said.

As to whether her form might prompt further purchases from the trio, he said: “Potentially, but it’s a hard game horse racing.”

Mick Price, who trains in partnership with Michael Kent Jnr, said Annavisto has earned a crack at Stakes level given her form this campaign.

“She’s good,” he said. “I think if there’s enough horse there then we can go to Adelaide and run in the Nitschke Stakes, 1400 metres for three-year-olds. That’ll do her, I’d say.

“We never intended to go too deep into her prep and she can have a nice spell. The older she gets, the better she’ll get.”

Winning rider Mark Zahra said that although Annavisto won easily, he still had to earn his money: “It’s hard out there because there is a really strong headwind. The way she quickened into the straight, she gave me a really good feeling underneath me.”