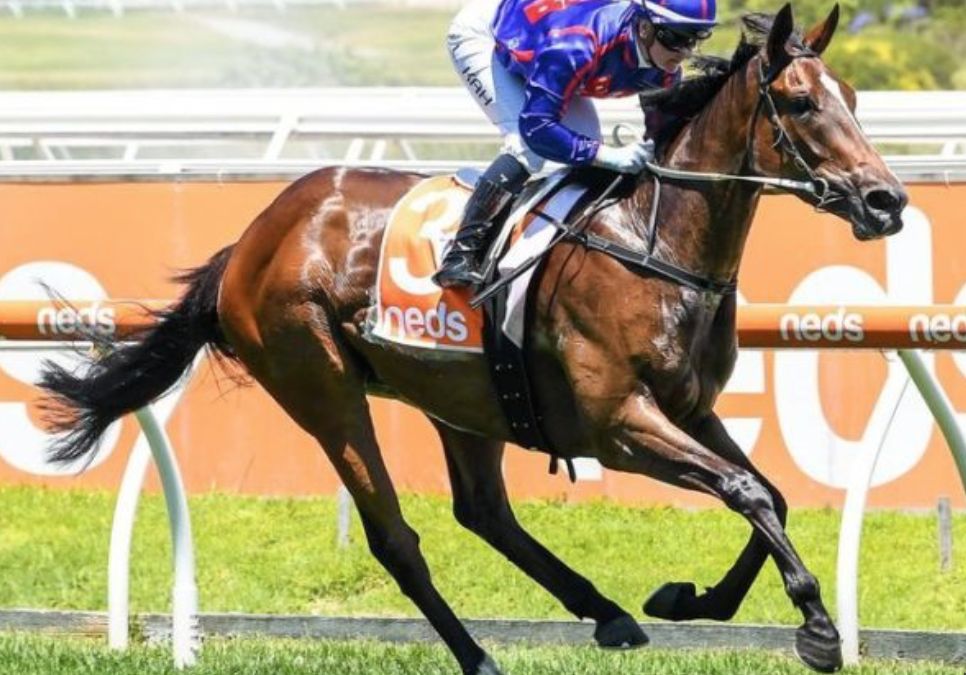 Mick Price described Ayrton’s second victory from as many starts as ‘outstanding’ at Caulfield on Boxing Day and few would disagree.

The Kiwi-bred Iffraaj three-year-old gelding was given no favours from the outside barrier in the seven-horse field and made a statement in emerging victorious.

“I thought it was an outstanding win,” said Mick Price, who prepares Ayrton in partnership with Michael Kent Jnr.

“I just thought (when) saddling him up in the mounting yard, pre-race, behind the gates, stressy, lightened off, and for him to still get challenged – I saw Teo (Nugent aboard Tanker) kicking up on the fence and three-deep for the first four or five hundred metres – he did relax midrace to a point.

“But for him to work away and run that time obviously he’s a group horse coming.

“He’ll go to the paddock now and we’ll just have to have a think about what to do with him in the autumn.

Ayrton was acquired by his current connections after impressing in a New Zealand trial. He then made a winning debut over 1300 metres at Bendigo on December 13, his winning time of 1:16.15 under a second from the record set by Secombe (1:15.37).

Ayrton again broke the clock in victory at Caulfield, his winning time of 1:21.96 nudging the record established by Exceed And Excel in the 2003 Rupert Clarke Stakes (1:20.21).

Price believes Ayrton is a ‘typical Kiwi horse’ that requires more time to mature while Kah echoed his sentiments, describing him as ‘just a raw talent’.

“He doesn’t know how to quicken yet but his stride just lengthens, that’s a sign of a good horse,” Kah said.

“He’s still doing a lot wrong. He’s sweating up behind the gates, he’s on the wrong leg around the turn but once he puts it together it is very exciting to see where he’s going to go.

“You’ve just got to give him a bit of rein, this horse. He gets his head up and he panics a bit so (have to) keep him quiet behind the gates but because of the weather he sweated up a lot. There was a lot of merit to that win.”

“I said to Mick after the first win that this horse is going to be amazing over 2000 metres-plus. He was a bit highly-strung today but I think once the penny drops and he settles, I think over a bit of ground he’ll be very talented.”

Ayrton is by Iffraaj out of unraced Falkirk mare Odessa, a half-sister to Group 3 Eulogy Stakes winner Monterey Bay.