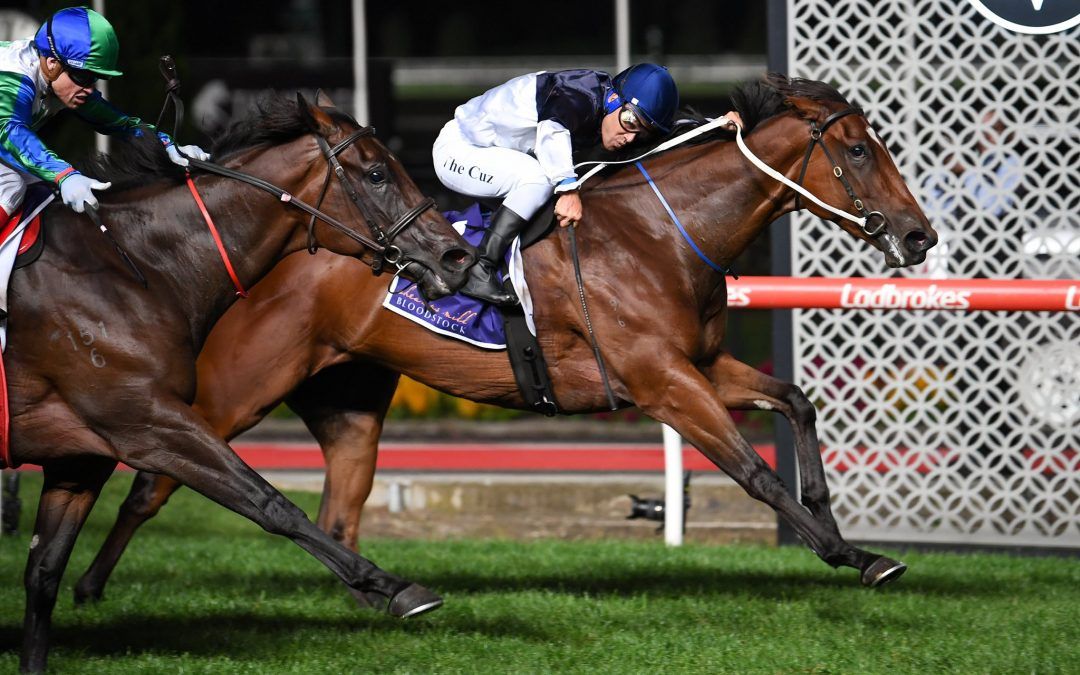 Trained by Mick Price and Mick Kent Jr for a syndicate headed by Mill Park Stud, Quantum Mechanic was a last start second in the Group III VRC Matron Stakes and went one better this time around.

Well ridden by Michael Walker from an inside gate, she was tenacious to the line in scoring a half head win taking her overall record to four wins and eight placings from 17 starts with prizemoney just shy of $350,000.

“She’s so consistent and has really gone to a new level this time in,” said co-trainer Mick Kent Jr.

“Once she got the gap she just exploded. It’s a massive result for her to win a Group Two.”

She is the best of four winners from Life in a Metro, who sadly died last year and was a winning three-quarter sister by Fastnet Rock to Group I winners Absolutely and Abbey Marie and half-sister to Group III winner Runaway.