Annavisto goes to a new level 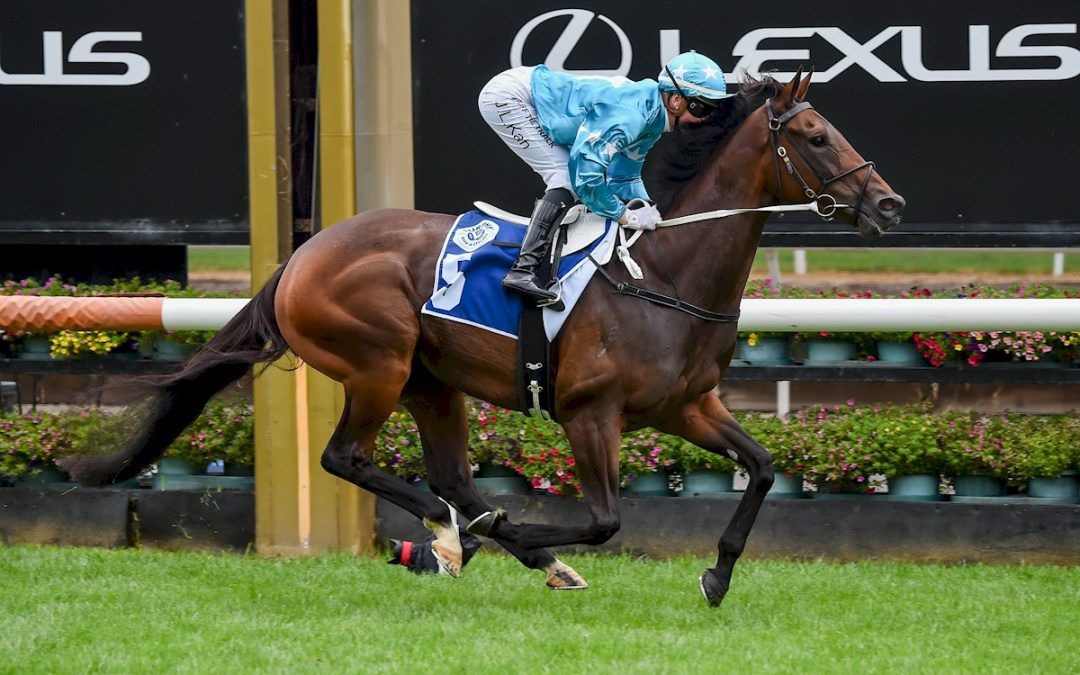 Annavisto put herself squarely on the path to a $1 million Group 1 race in Sydney when she resumed with a dominant on-pace victory in Soft conditions in the G3 Frances Tressady Stakes (1400m) at Flemington on Saturday.

“It’s (campaign) about getting her a Group 1 and so that was good,” said Mick Price, who trains in partnership with Michael Kent Jnr, after Jamie Kah sent the mare clear inside the final 200 metres to record a three-and-a-quarter-length victory.

“It was a dominant win. I thought she might be a bit vulnerable first-up because she’s a mare that has taken a long time to furnish and hold weight.

“She tends to bang off a lot of nervous energy. She needs to progress and win better Group races.

“The thing about her is her toe in the ground. As soon as she feels the hard tracks, she tends to jar up a little bit. The rain was beautiful for her.”

With the G1 Coolmore Classic (1500m) on next Saturday in Sydney, Price said the March 26 G2 Emancipation Stakes (1500m) at Rosehill looms as the mare’s next target as it gives her a two-week break into the $1m Queen Of The Turf Stakes (1600m) at Randwick.

The win was cheered home by punters as Annavisto was backed into $4.80 favourite. In second place was $8 chance Vespertine, who chased hard over the final 200m, with early leader Electric Girl ($8) a further two lengths away in third.

The win brought up an early double for Kah, who noted the improvement in the mare from her solid spring campaign.

“Physically, she’s a different horse,” she said. “She’s grown and I think she’s in for a good prep.

“She’s matured a lot, this prep, physically and mentally. She allowed me a take a nice sit today and she relaxed. That was probably the difference in the finish. She was very strong late.

“She’s always been a talented horse, but she’s done it a bit too hard early in her races. I think now that she’s matured, we can take that sit if we need to.”

The victory was the Reliable Man mare’s first at Group level and the first such success for her part-owners TCJ, which comprises former Essendon AFL players Tom Bellchambers, Cale Hooker and Jobe Watson.