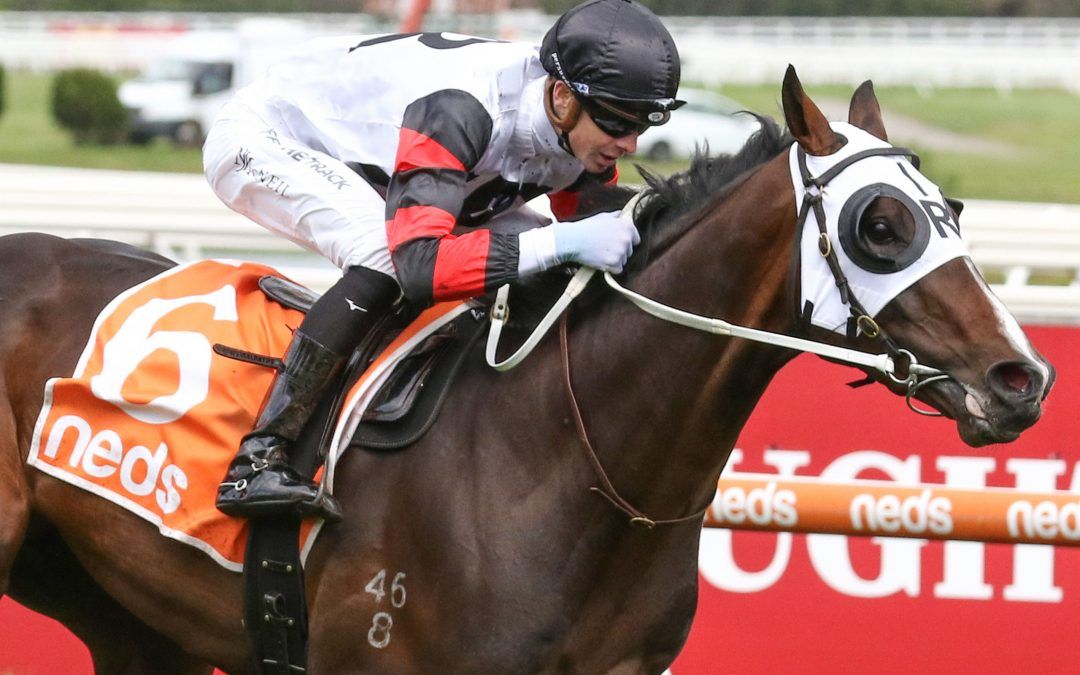 The application of blinkers for the first time sparked Johnny Get Angry, a son of Tavistock to win last year’s Victoria Derby and a fortnight out from this season’s edition, another son of Tavistock named Gunstock responded positively to the gear change to cement favouritism for the Flemington race.

Gunstock ($3.80 favourite) settled midfield off the pace for Jye McNeil and came with a well-timed run to overrun El Patroness ($6), the only filly in the Neds Classic, to win by 1.75 lengths. Teewaters ($17) finished third a further length away.

“He put himself in a good position with the blinkers, which is key,” McNeil said.

“He travelled really comfortably off a moderate tempo and it was just a matter of getting a bit of room at some stage, which we got at around the 500 (metre mark).

“I felt as though, in the straight when he put them away, he had a little glance around, so there’s a bit of upside there.”

Sportsbet slashed Gunstock’s price from $8 to $4.60 favourite for the $2 million Group 1 Penfolds Victoria Derby (2500m) at Flemington on October 30 and Kent Jnr confirmed that Gunstock would not have another start before the Flemington Classic.

“I’ve always liked this horse, a beautiful colt and hopefully we can get him to the Derby,” Kent Jnr said.

“Today was the right time to do it (put blinkers on) because he’s going to go up in distance a fair bit now to the Derby. Today we were going to have a look and see if they worked. They do work for this breed a lot.

“He’s a very laidback customer. I saw him in the yard there and he was almost half asleep. He’s got a huge stride and Flemington will be his go.”

El Patroness is $6.50 equal third favourite for the Victoria Oaks behind Elusive Express ($5) and stablemate Kapalua Sunset ($6), who was luckless in finishing unplaced in the Ethereal Stakes.