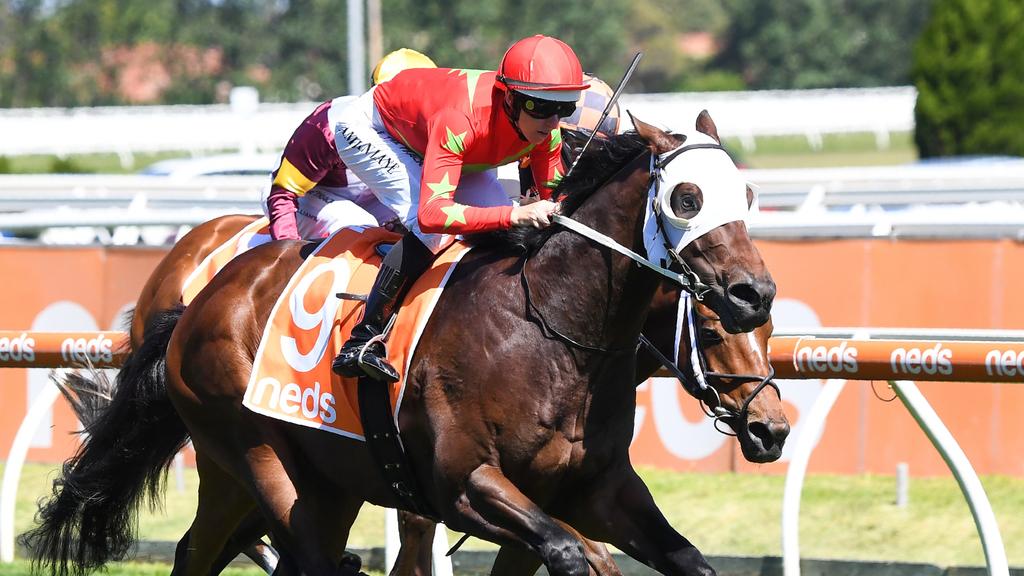 Caulfield may no longer be home to Mick Price and Michael Kent Jr but the track delivered their first winner after their move to Cranbourne.

Mick Price and Michael Kent Jr no longer train at Caulfield but the track continued to deliver Group wins for the duo in Saturday’s Group 2 Sandown Guineas.

Price and Kent moved their main base to Cranbourne after the Melbourne Racing Club moved to end racehorse training at Caulfield, which officially ended this week.

Blue Army became the pair’s first winner out of their new Cranbourne stable when he produced a minor upset as an $18 chance in the Sandown Guineas.

Blue Army was the team’s fifth Group winner at Caulfield since October 9 in a haul that included I’m Thunderstruck’s maiden Group 1 win in the Toorak Handicap.

Blue Army won a maiden at Warrnambool at his previous start but the manner of that win convinced Price and Kent Jr to give him a shot at the $300,000 Sandown Guineas.

The son of Savabeel comfortably handled the steep rise in class, prevailing by three-quarters of a length after a positive ride from jockey Damian Lane.

“It was a big step and we knew we had a good horse to do it,” Kent Jr said.

“It is a massive result because the owner has flown all the way from Singapore for the day and to get a win with him here is huge.

“Lovely ride. He really travelled well. As soon as the gates opened it was on.”

Lane’s Sandown Guineas win was the perfect preparation for his trip to Hong Kong to represent Australia against some of the world’s best riders in a jockey challenge on December 8.