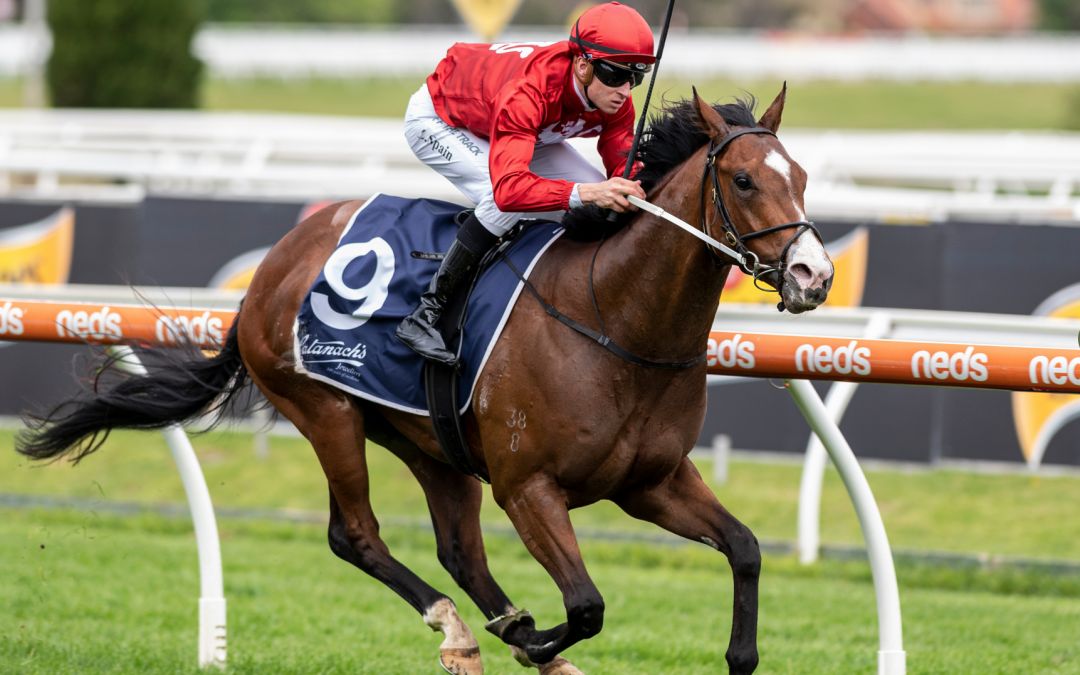 Extreme Warrior upstaged his more-fancied stablemate Profiteer to bolt away with the Group 3 Blue Sapphire Stakes at Caulfield on Wednesday and announce himself as a prime G1 Coolmore Stud Stakes contender.

On the line, Extreme Warrior held an ever-widening three-and-three-quarter-length margin over Profiteer, who himself held a three-and-a-quarter-length advantage over third horse Minsk Moment.

Sportsbet reacted quickly to the stunning performance by installing the son of Extreme Choice into $4 favouite for the stallion-making Coolmore.

Co-trainer Mick Price said: “A quinella is a quinella. They both ran well. I’ve just got to keep thinking about Profiteer, but Extreme Warrior was very good.

“If these are the horses that are going to the Coolmore and this is the race that you use, why wouldn’t you be confident about Extreme Warrior?

“He stood up and stood up very strongly. He wasn’t challenged and ran a strong 1200 metres and will turn up in the Coolmore.”

Profiteer, who ran as the $3.20 favourite, still has more to give Price said after leading but having no answer for his stablemate’s brilliant finish.

“Let’s hope the stablemate (Extreme Warrior) is going to go up and up and up, and that Profiteer has been beaten by a very smart horse. There’s a little bit of work to do on that one,” said Price, who trains in partnership with Michael Kent Jnr.

“I certainly don’t want to give up because the Coolmore is worth so much being a stallion. I’ll be no doubt thinking about this at 1am tomorrow sitting bolt upright.”

The win was a triumph for rider Zac Spain, who earlier this year rode his first G1 winner when Portland Sky deadheated in the Oakleigh Plate.

“Feels amazing,” he said. “Big thank you to Mick Price and Mick Kent and the whole ownership group for keeping me on him. He’s an exciting horse and I’m glad I could get the win on him again today.

“He was super. He relaxed really well behind the speed and I was just biding my time. When I got to the outside, he really let down for me and he showed me his quality.

“His form as a two-year-old is impeccable and he’s come back in great order. The team has done a fantastic job.”

Spain said there could even be more improvement to come: “Even when he hit the front today he had a look around and felt like he still had plenty there. Exciting times ahead and hopefully I can stick with him.”