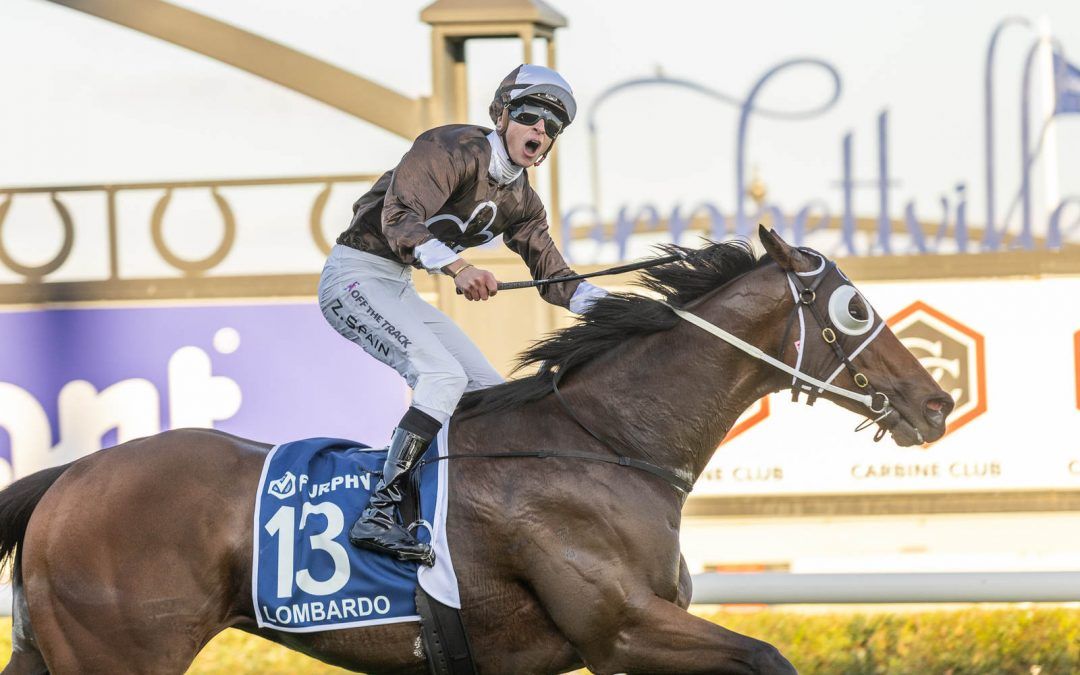 Saddling up six runners in two states on Saturday, the burgeoning Cranbourne stables of Mick Price and Michael Kent Jnr cheered home five winners including three of the five feature events contested at Morphettville. Including the big one, the G1 The Goodwood which was won in such dominant fashion by Lombardo (I Am Invincible).

A horse who caught Price’s eye at the 2018 Inglis Melbourne Premier, Lombardo was not quite the type the trainer usually looks for – his size putting a few off.

“He was big, too big for many of the experts,” Price recalled. “But I liked him so I took a punt on his size and we just took our time with him.”

Inside knowledge helped, Price having trained Lombardo’s half-brother Resistant (Choisir) – a five-time winner of over $420,000 – and it was his attitude to racing that stuck in Price’s mind. 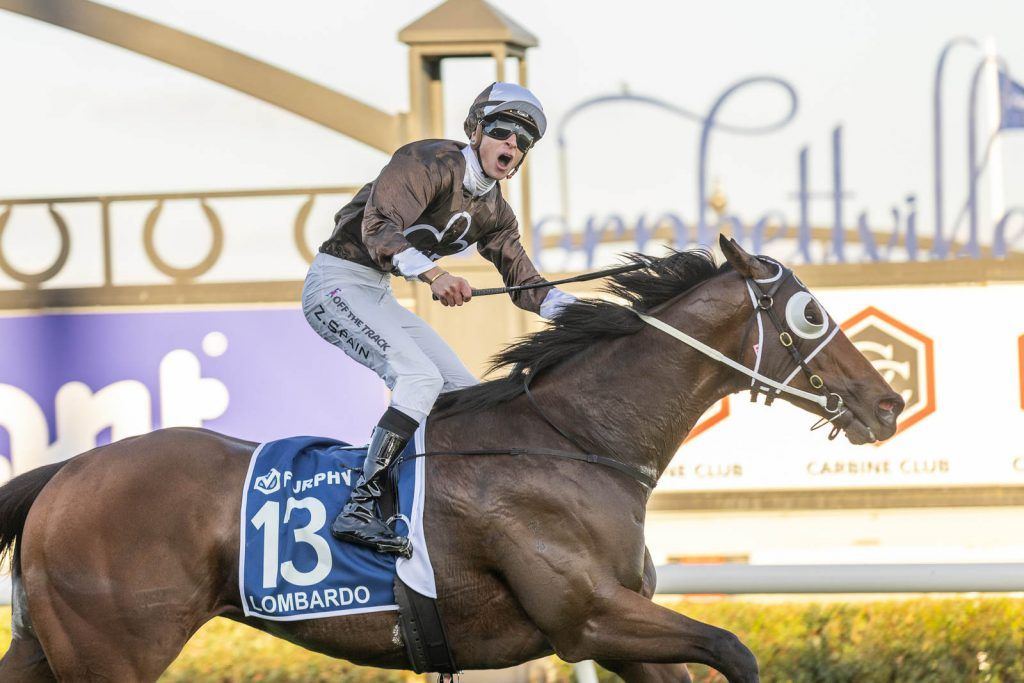 Purchased for $300,000, Lombardo made his debut as a summer 3-year-old. An odds-on favourite in a Bendigo maiden, he showed the speed he is now known for, shooting clear by 4l.

Next time in progressing to metropolitan level, Lombardo has been sparingly raced but the patience of his connections – including breeder, Burnewang North Pastoral’s Cathy Hains – has paid dividends with the 5-year-old now the winner of half of his 16 starts.

Earlier in the day the stable welcomed back to scale another exciting speedster bred by a prominent Victorian breeder in Robert Crabtree.

Having just his third start, Maximillius (Written Tycoon) broke his maiden in the G3 David Coles AM S., a delighted Crabtree declaring that, “If Mick didn’t have such a lovely partner already I’d marry him!”

Crabtree’s Dorrington Farm has raced members of Maximillius’ family – including the 2-year-old’s G2 Magic Night S.-winning dam Scandiva (Fastnet Rock) and his dual Group-winning grandam Scandinavia (Snippets) – for over two decades. And of course the latter is also the grandam of Black Caviar (Bel Esprit). 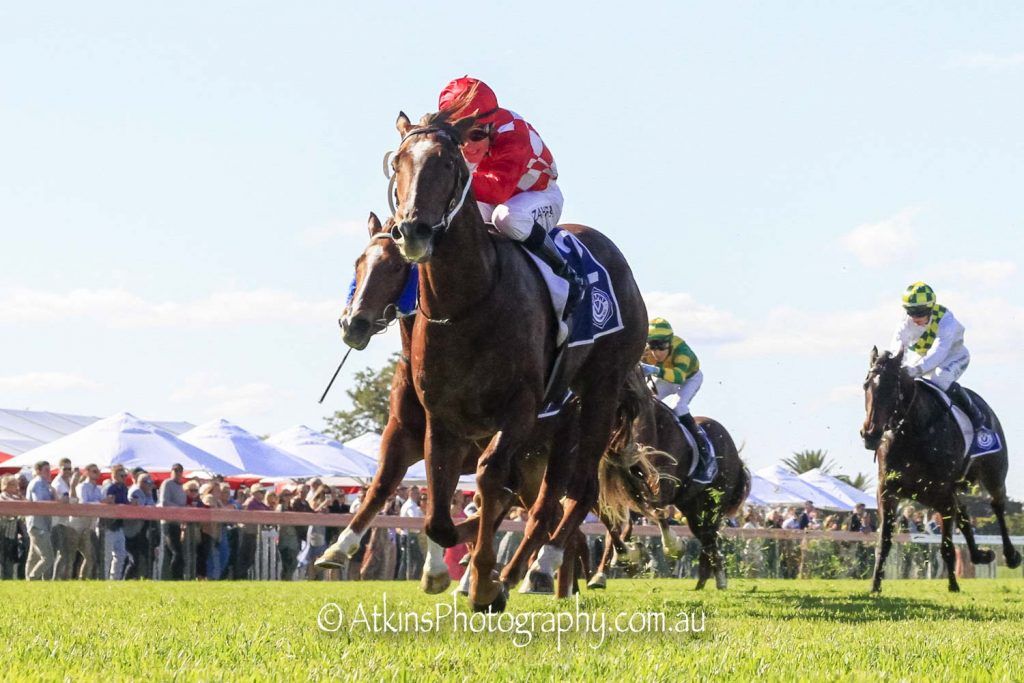 “It was great for Robert as was Lombardo for Cathy,” Price said, mindful of the thrill breeders get from winning any races let alone big ones.

A couple of races later, The Amazonian (Akeed Mofeed {GB}) blew away her rivals in the G3 Fillies’ Classic – doing a great job just third-up from a spell. 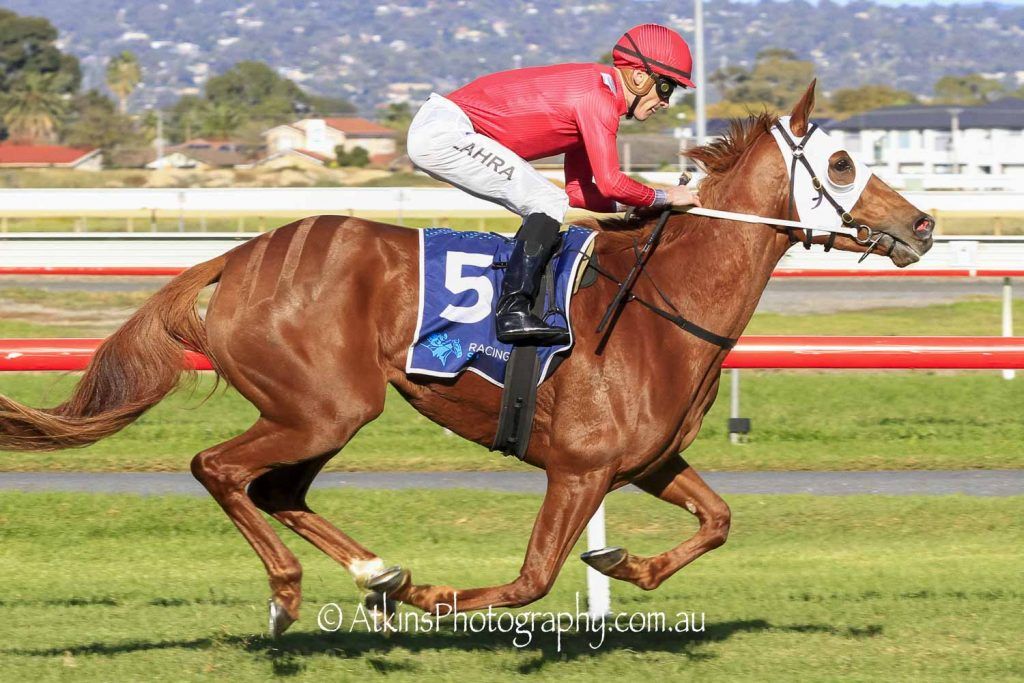 Whilst Price was in Adelaide, Michael Kent Jnr was on hand at Flemington to oversee the stable’s sole runner Natural Mystic (Tarzino {NZ}) who impressed winning by 1.25l.

Quickly up in class off a debut Pakenham maiden win, Natural Mystic was also rising in distance but the 2000 metres was always going to suit, with Craig Newitt noting that, “From the first time I rode him he had a mile and a half written all over him.” 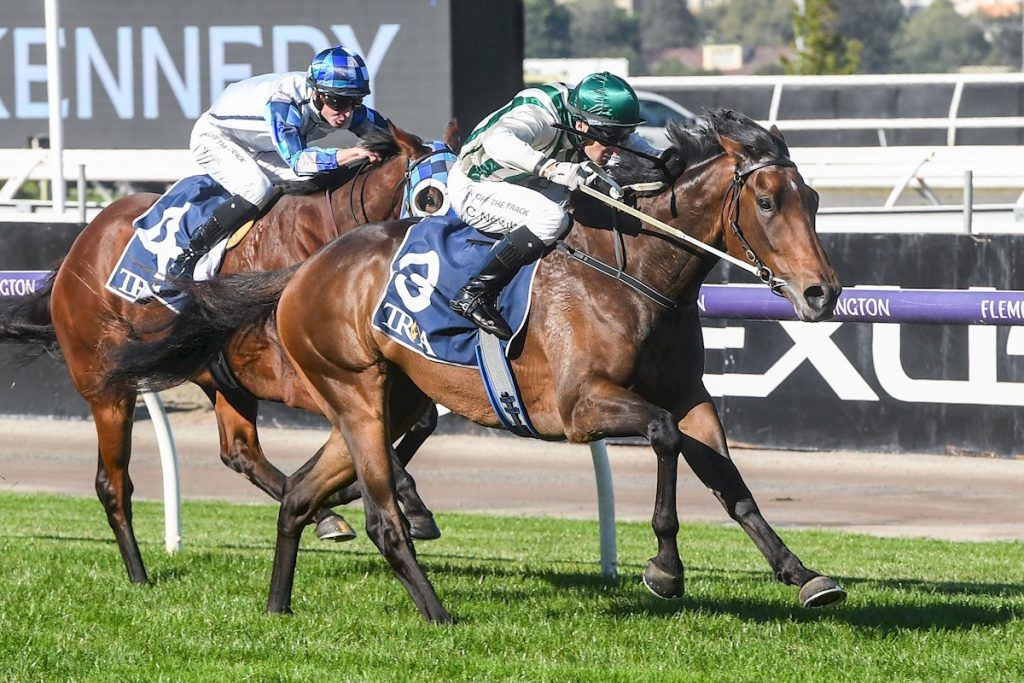 Westbury Stud’s G1 VRC Derby and G1 Rosehill Guineas winner has made an encouraging start to his stud career with another of his promising sons being the Price and Kent Jnr-trained G1 South Australian Derby winner Jungle Magnate (NZ).

Is winning good races with a second generation a thrill? “Very much so,” Price said, explaining the level of attachment. “You buy them, train them and you put your heart and soul into them.”

Especially in regards to Tarzino who Price described as, “A challenging horse to train.”

“I enjoy training those sort of colts,” he said, recalling that Tarzino at times required a muzzle due to his liking “of grabbing your arm and hanging on to it!”

“He was an aggressive horse with a lot of nervous energy. He took a lot of work but he was a good, sound, tough horse and I love seeing him pass that energy onto his progeny.”

The stable has several of the Tarzinos in work with Kent Jnr noting that, “More than half of them are at least Saturday class – they are sound, clean-winded horses and I think the stallion is a real coup for New Zealand.”

Also saddling up the runaway Warracknabeal maiden winner Free Market (Capitalist) – a horse Price purchased for $50,000 at the Inglis Melbourne Premier – the stable continued a great run that has also seen them win the Listed Nitschke S. and the Listed Adelaide Guineas with the exciting Illation (So You Think {NZ}). 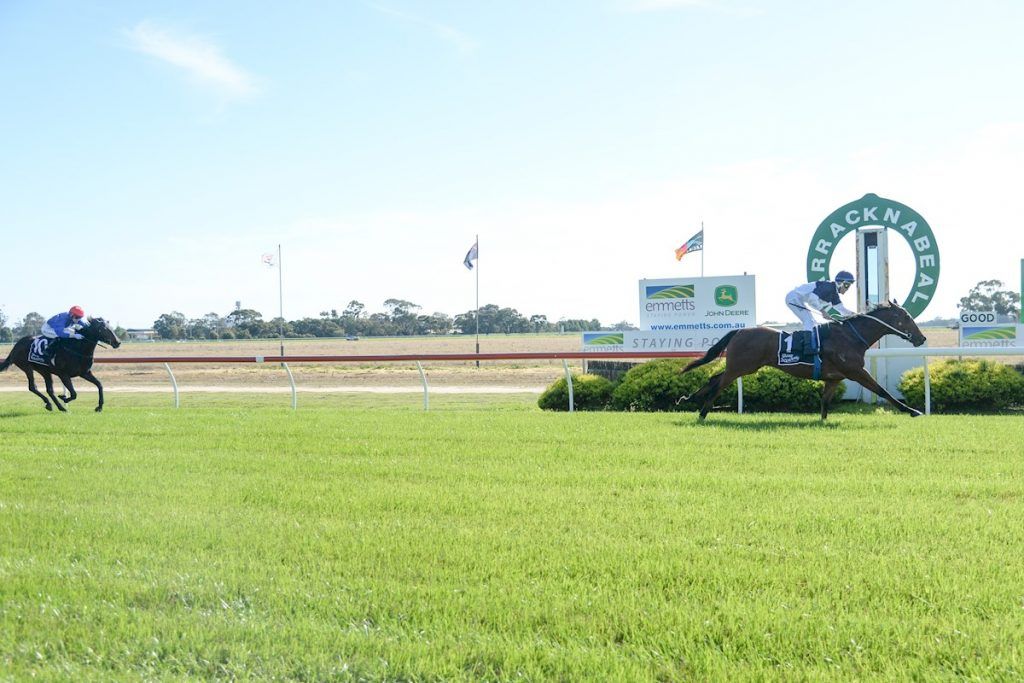 There are, Price said, no secrets to such a run of success – just all the hard work and preparation behind the scenes.

“You just have to get the fundamentals right,” he said. “We are constantly recruiting new horses (purchasing two at the Arqana Breeze Ups just last week), we have the facilities, the right expertise (Price keen to pay credit to his team at the stables) and a good communications system in place.

“It’s not easy and we make a lot of boo-boos on the way but that is being a trainer!”

Moving from the now defunct Caulfield stables to Cranbourne on November 25 last year (Price remembering the date as it happened to be his birthday), Price has not looked back.

“I cannot see how Cranbourne (where he has 80 horses in work in his own specially designed stables) could not be described as the best training facility in the country,” he enthused, noting that the quality on facilities on offer – coupled with the 25 horses he can house with Matthew Williams at Warrnambool – gives every horse a chance to find their happy place.

“Our horses are definitely happier,” Kent Jnr said, adding that, “since moving to Cranbourne our strike rate has increased by five per cent. Our horses are more relaxed, they are scoping cleaner, pulling up better.”

For Michael Kent Jnr it was a return to Cranbourne rather than a start, his training partnership with Mick Price kicking off in 2019 after years gaining experience locally with his father Michael Kent as well as overseas.

Whilst numbers have increased at Cranbourne after the closure of Caulfield, Kent Jnr said that there is still a “quiet country feel.” Something he, Price and the horses are loving – and the results show it!