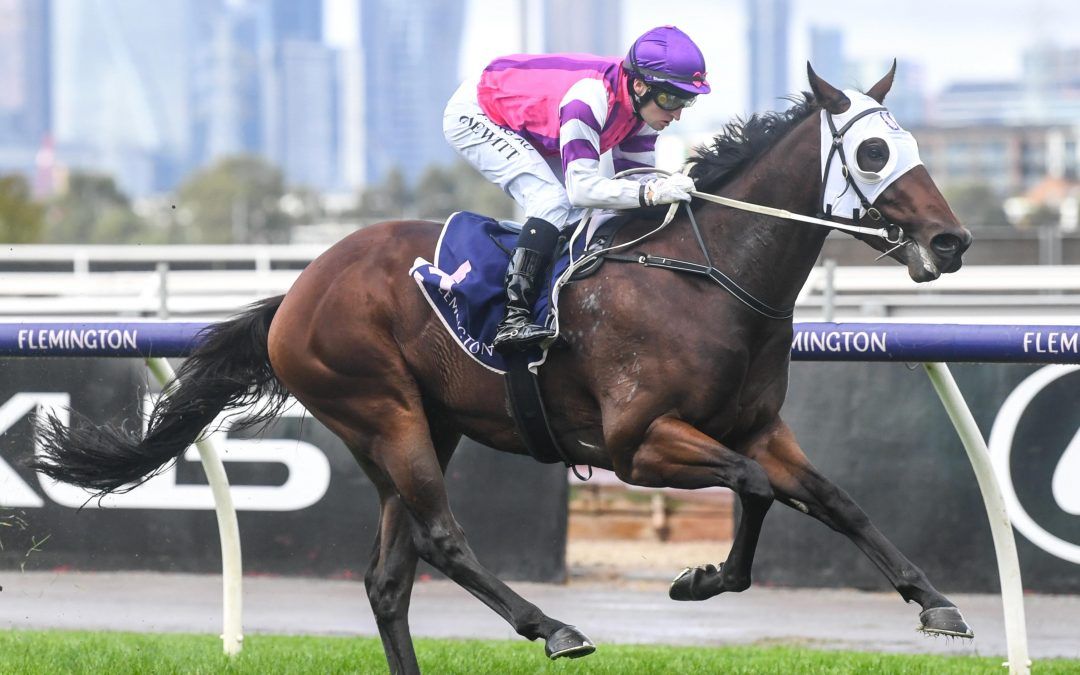 Immortal Love ($9.50) swooped from his rearward position under Craig Newitt to win his third start to deny Flying Award ($10) and Tagaloa ($3.40 favourite) in a three-way finish, with the placegetters split by a short half-head and a nose.

Immortal Love’s win followed this month’s victory of stablemate Our Playboy ($6.50) in the G3 Vain Stakes (1100m). Always well back from his wide gate, Our Playboy could not repeat his heroics in the McNeil, finishing 14th in the 15-horse field.

“It certainly wasn’t the plan to be so far back, but it’ll be interesting to see what Craig says,” Price said.

“I knew that I was going to have two colts at the back because of their gates (Our Playboy and National Choice) but I would have thought that he (Immortal Love) must have been slow out, I was trying to watch three at once!

“Anyway, he did a great job. You can add about three lengths to his form if it does rain.”

When Immortal Love won at Flemington on May 23, it provided Price and Newitt with their first Melbourne winner together since Extreme Choice triumphed in the G1 Moir Stakes (1000m) at The Valley in September 2016.

Immortal Love is a homebred for Peter Creighton, who raced the dam Loveyamadly, a winner of her first two starts for Price before winning at Listed level and then later commencing life as a broodmare.