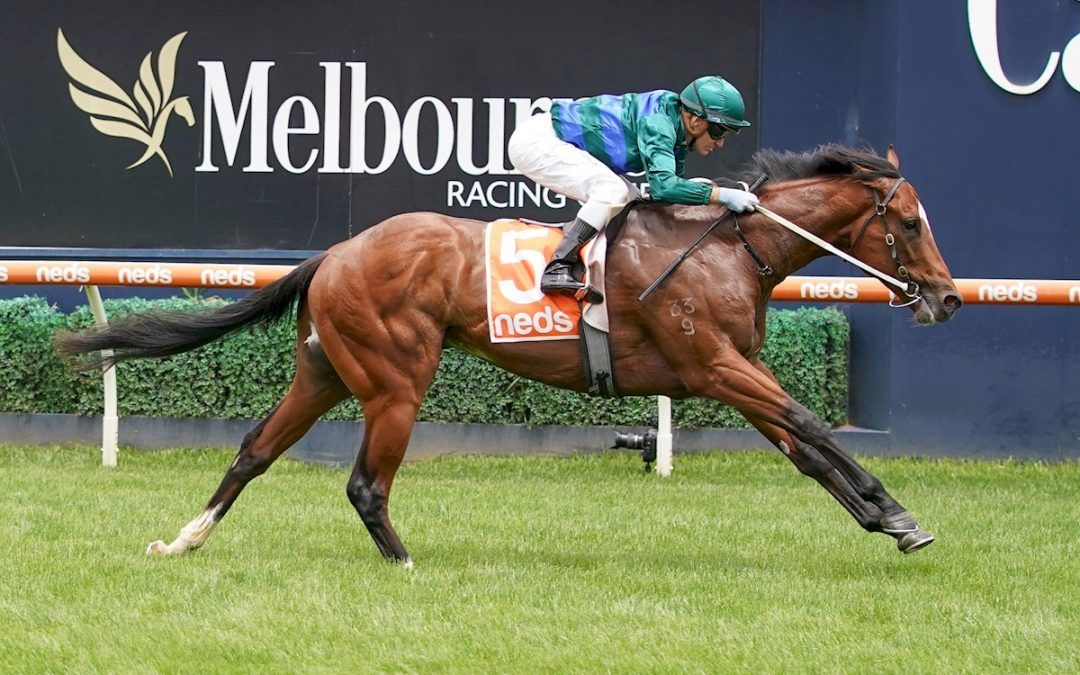 Mick Price wasted little time contemplating the Blue Diamond pathway for Jacquinot after he successfully swooped on debut in the $130,000 Frank O’Brien Handicap (1200m) at Caulfield on Boxing Day.

“That is the win and the effort of a horse that will go on. Even if I didn’t train him I’d be saying ‘wow’, I thought that was the win of a horse with good ability,” Price said.

“He’ll have a short break, the Blue Diamond is not far away, so he’ll probably be out in the paddock during the day and boxed overnight, do a bit on the water walker and I’d say he’ll run in the (Blue Diamond) Prelude over 1100 (metres).”

On a windy afternoon where cover appeared imperative, Jacquinot ($4.80 favourite) was restrained from barrier 13 of 14 and settled towards the rear of the field for Luke Currie.

Emrys ($16) set a fast pace in the lead, covering the first 600 metres in 35.07 seconds, and the tempo coupled with the weather conditions, allowed Jacquinot to show his best, cruising to the finish under Currie.

Jacquinot defeated Jamarra ($10) by 2.75 lengths with Queen Latifa ($31) a further 1.75 lengths away in third, the three-widest barriers filled the top three placings. The Swooper ($7.50) raced three wide outside the lead and was best of the on-pacers in fourth.

“He was slowly away and we were back and couldn’t really do much about it,” Currie said.

“He had the right one to follow in the horse of Ciaron Maher’s (Jamarra) getting into the corner. He was a bit off the bridle so I opted to stay in and then come out off its back but he made easy work of it.

“He’s a similar type of horse (to last season’s Blue Diamond winner Artorius) I suppose in that he’s got that turn of foot, Artorius took a bit longer to pick up then was really strong but he’s shown a real turn of foot today which he probably hadn’t in his jumpouts where he raced on speed and then quickened away from them.”

Jacquinot is a Rubick colt out of unraced mare Ponterro, a sister to dual New Zealand Group 2 winner Dragon Leap and half-sister to Randwick Guineas winner Inference. He was passed in for $90,000 at this year’s Magic Millions Gold Coast Yearling Sale, failing to meet his reserve of $120,000.