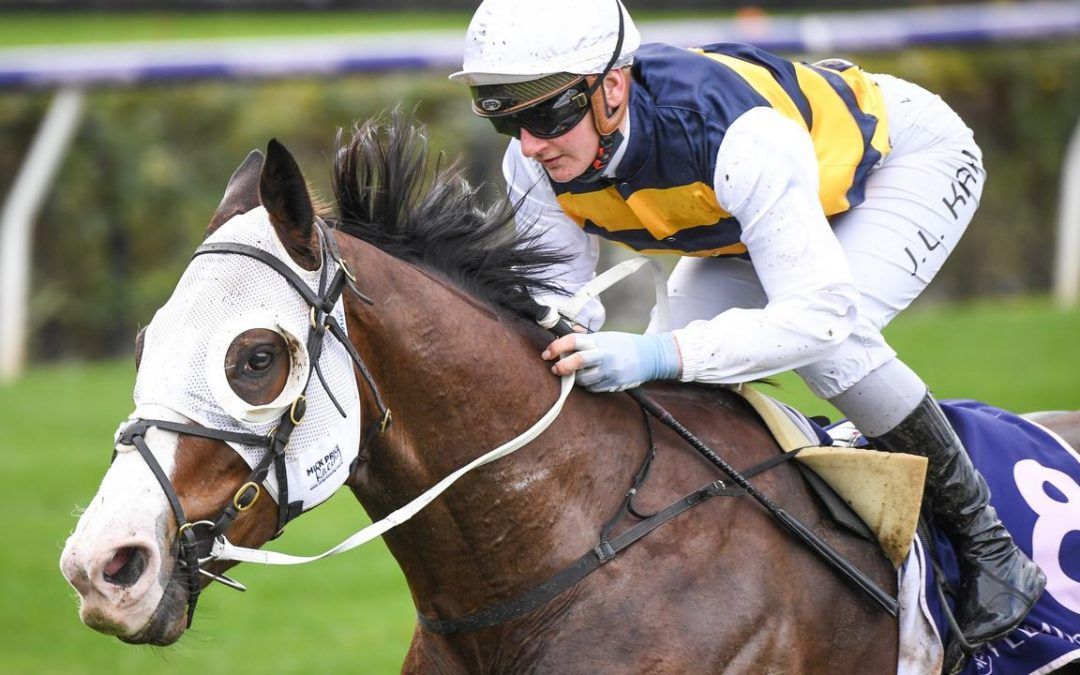 The Golden Eagle date is marked on co-trainer Mick Price’s calendar after I’m Thunderstruck posted his second straight win over Tuvalu at The Valley.

The $7.5m Golden Eagle for four-year-olds will run in Sydney on October 30.

Price hoped I’m Thunderstruck’s latest win boosted his rating high enough to have the gelding in contention for to make the Golden Eagle field.

I’m Thunderstruck’s stablemate Ayrton is the $6 favourite three months out from the event.

“After today he probably goes to an 81 or an 82 (rating),” Price, who trains I’m Thunderstruck in partnership with Michael Kent Jr, said.

“I’m hoping that gets him a run in the race for four-year-olds.”

Price said I’m Thunderstruck would head out for a short break while the stable plots his path towards his rich spring target.

“We’ll put a circle around the Golden Eagle and work our way back,” Price said.

“Whether he has two runs in, that’s something we have to work out.”

I’m Thunderstruck was a brilliant winner at Flemington when he last met the Lindsey Smith-trained Tuvalu a fortnight earlier.

But the son of Shocking had the services of premier jockey Jamie Kah, who guided the $2.25 favourite past Tuvalu on the tighter Valley track, prevailing by a half-length.

Kah said I’m Thunderstruck was far from the finished product.

“The penny still hasn’t dropped yet which is amazing because he’s doing all this on raw talent,” Kah said.

“I’ve ridden a few of the breed and they’ve got those few little issues.

“He’s a lovely horse, but he doesn’t want to do everything right at the moment.”

Kah’s win on I’m Thunderstruck was her 104th Melbourne win on the day she was officially crowned the city jockeys’ premiership winner.

Kah’s mounts pushed through the $12m earnings barrier for the season on Saturday.

The Moonee Valley Racing Club honoured Kah by presenting her with a trophy and a cheque for $10,000 as the leading jockey at the track for the season.