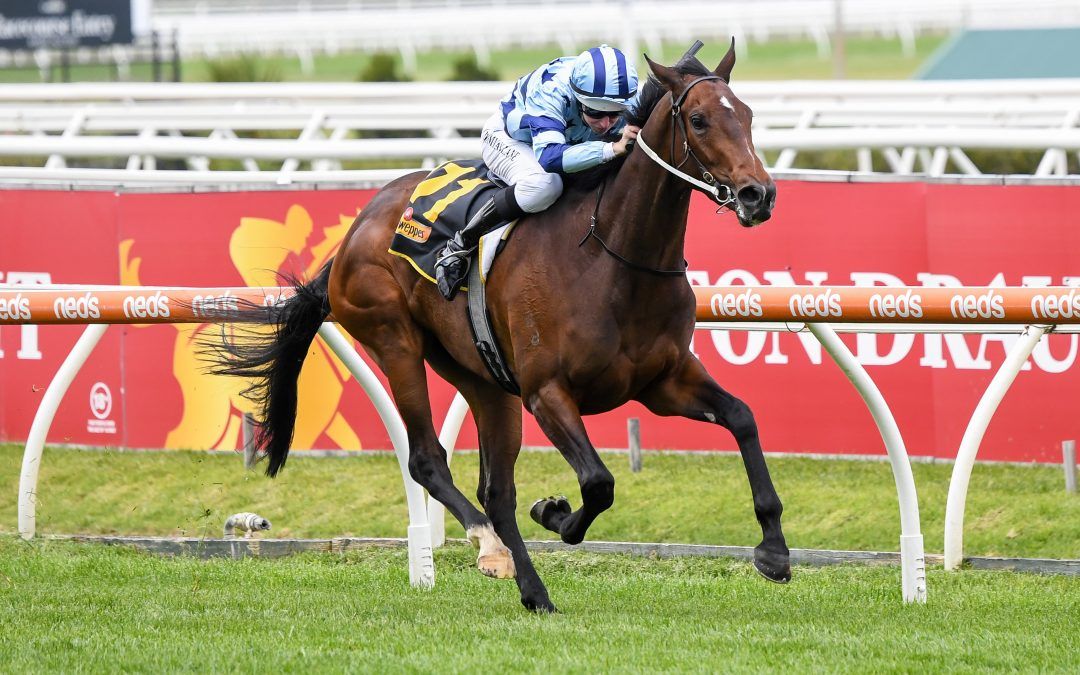 A Damian Lane special has enabled filly Daisies to take a shot at the Group 1 Kennedy Oaks at Flemington next month.

Lane took off mid-race in the G3 Ethereal Stakes (2000m) on maiden Daisies after assessing the pace was moderate, much to the delight of winning co-trainer Mick Price.

“I say it all the time in Melbourne, they want to lead, stack up and 13 (seconds to the 200m), 13, 13 and all it does is create muddling, crap-run races,” said Price, who trains in partnership with Michael Kent Jnr.

“He (Lane) was smart enough to see how stupidly slow they were going and seize the race. Albeit that he was deep early, I thought it was a big tick for D. Lane.”

Daisies had not been placed in her first three outings but was only sent out a $10 chance and on the line, she had a length-and-three-quarters margin over the luckless Glint Of Hope ($12), with Biscayne Bay ($15) one-and-a-quarter lengths further away in third.\

Price said Daisies is showing signs she could be an Oaks contender.

“We always wanted to go to 2000 metres, which is why we didn’t run her in the Thousand Guineas. I thought she’s still learning, she’s not the quickest out of the gates but I did ask Damian ‘Get a man up, put her nose in the ‘v’ and see if we can get a little bit tactical’.

“I didn’t want to be out the back running home with a promising run all the time.”

Lane said the ride on Daisies did not begin as he had hoped.

“She began a little bit sticky, but I still wanted to be handier than what she had been in her runs,” he said.

“Unfortunately, it didn’t work out for me and I thought it could turn out to be a very poor ride.

“I just waited until we got to the top of the hill and the tempo really came out of it. Going downhill I just let her stride.

“To her credit, when we really stepped it up 600 from home, 400 from home again, not often a three-year-old filly can do that. Tough effort.

“She (then) relaxed and I was able to pick up again on her at her own tempo.”

Stewards reported the daughter of Deep Impact stepped back immediately before the start and opened the rear gate on jumping away before finishing on strongly for second.

Stewards reported that hot favourite Kapalua Sunset was not suited by the slow pace and that rider Brett Prebble said she was then caught behind horses before failing to make any ground in the home straight.